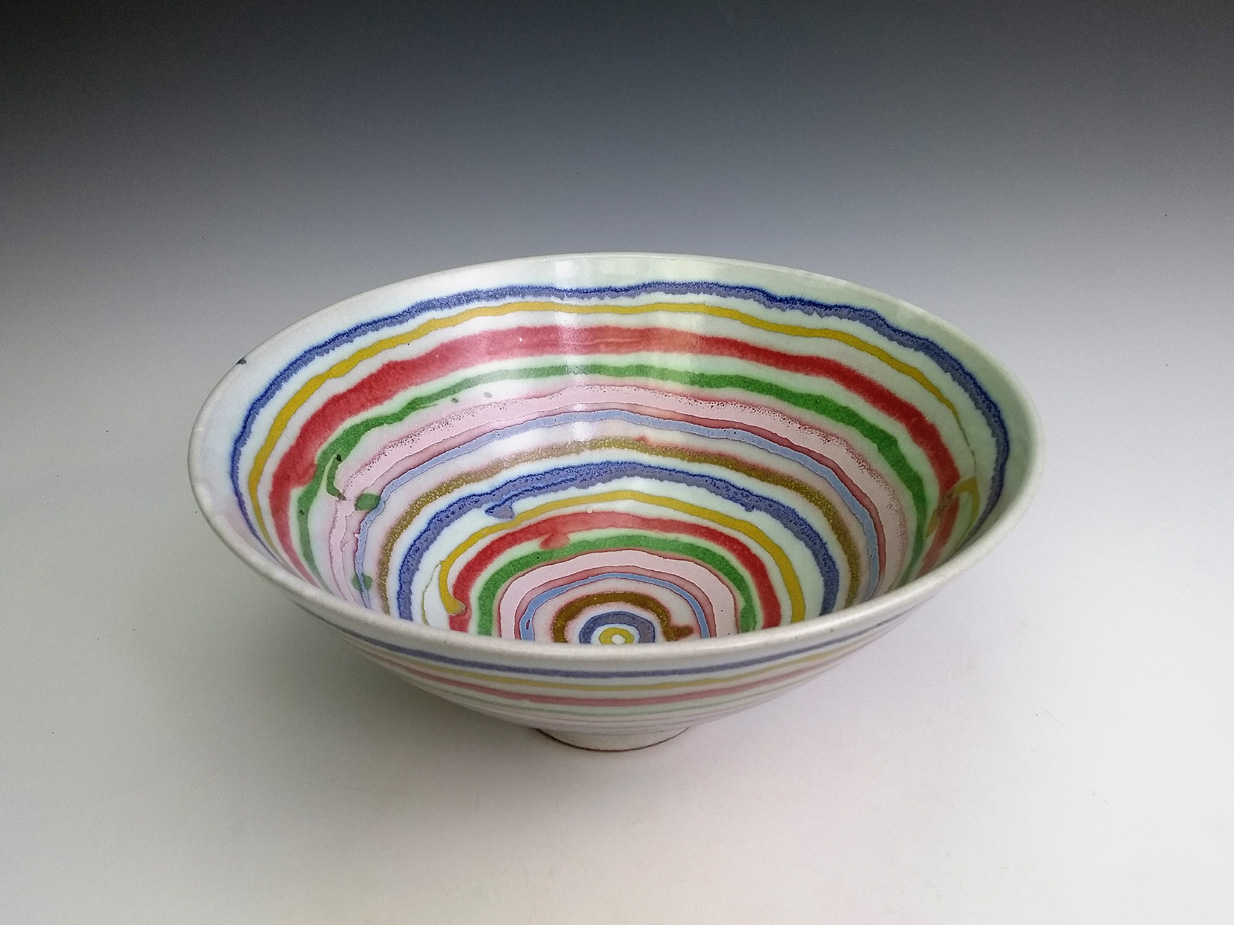 Chris has been working with clay for more than 30 years. He makes thrown stoneware pots which are fired with gas, using his kiln to bring out a wide range of colours from his glazes. The ware is mostly for table use and invites touch and handling. Being stoneware it is durable as well as being beautiful.

Born 1959, Basingstoke in Hampshire. Chris studied Sculpture at St. Martins School of Art, London 1978-82 and found his way into pottery via adult education classes in Islington. He helped set up the Chocolate Factory studios in Stoke Newington, Hackney – moving into his first studio at the site in 1995. In 2006 he moved to Morvern, Argyll to set up a pottery. 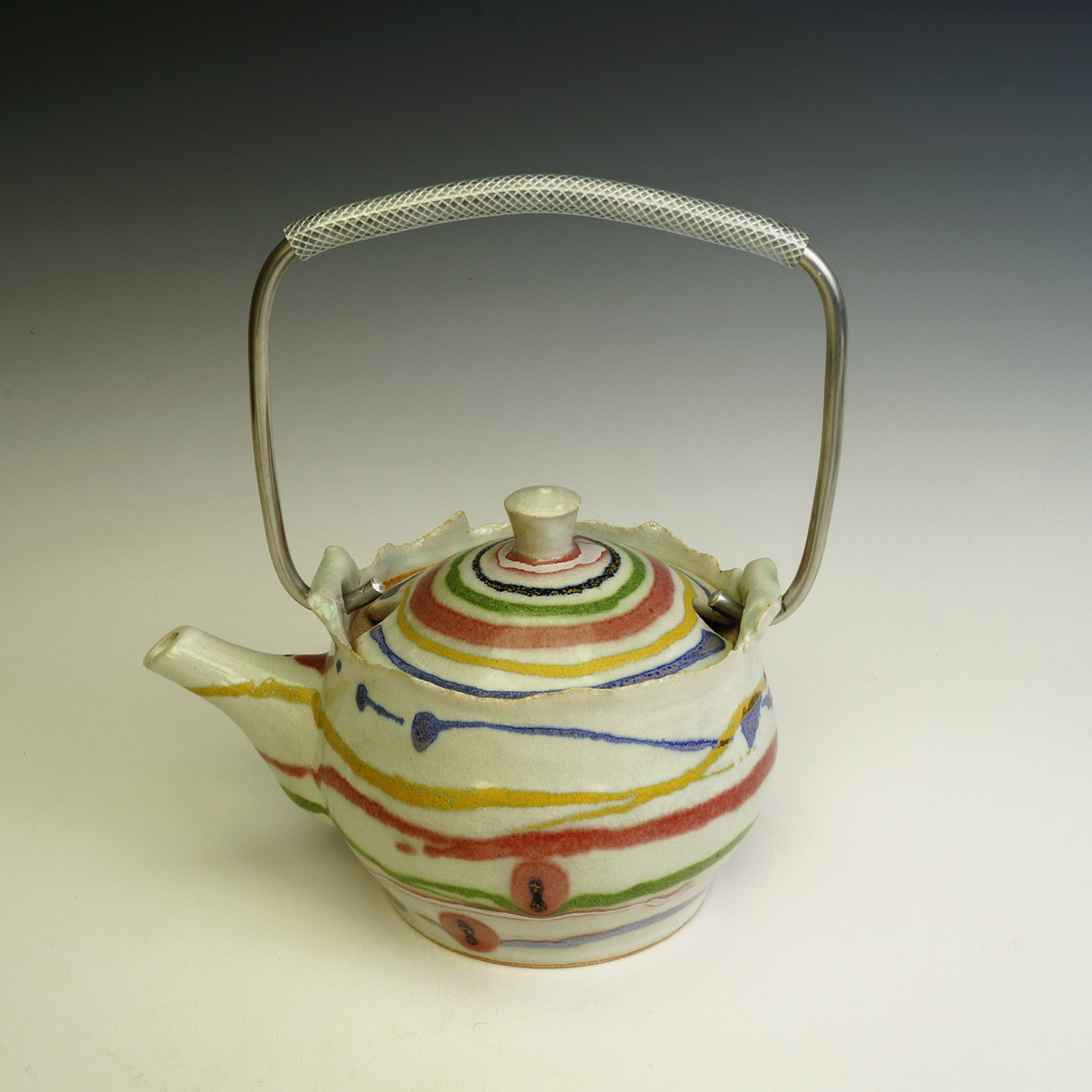 By 2009 Chris had moved to Cumbria where he now works in a converted farm building known as The Duckshed. Here he has built another gas fired kiln which has been in use since then.

Chris says “I make two sorts of pots – stoneware and raku pieces. They reflect a love of clay as a material and it’s magical transformation in firing. Clay is fundamental and has been used to make all manner of objects from the earliest civilisations to the present time. Through firing it has the potential to make the moment permanent. I try to make pots that are both timeless and personal.” 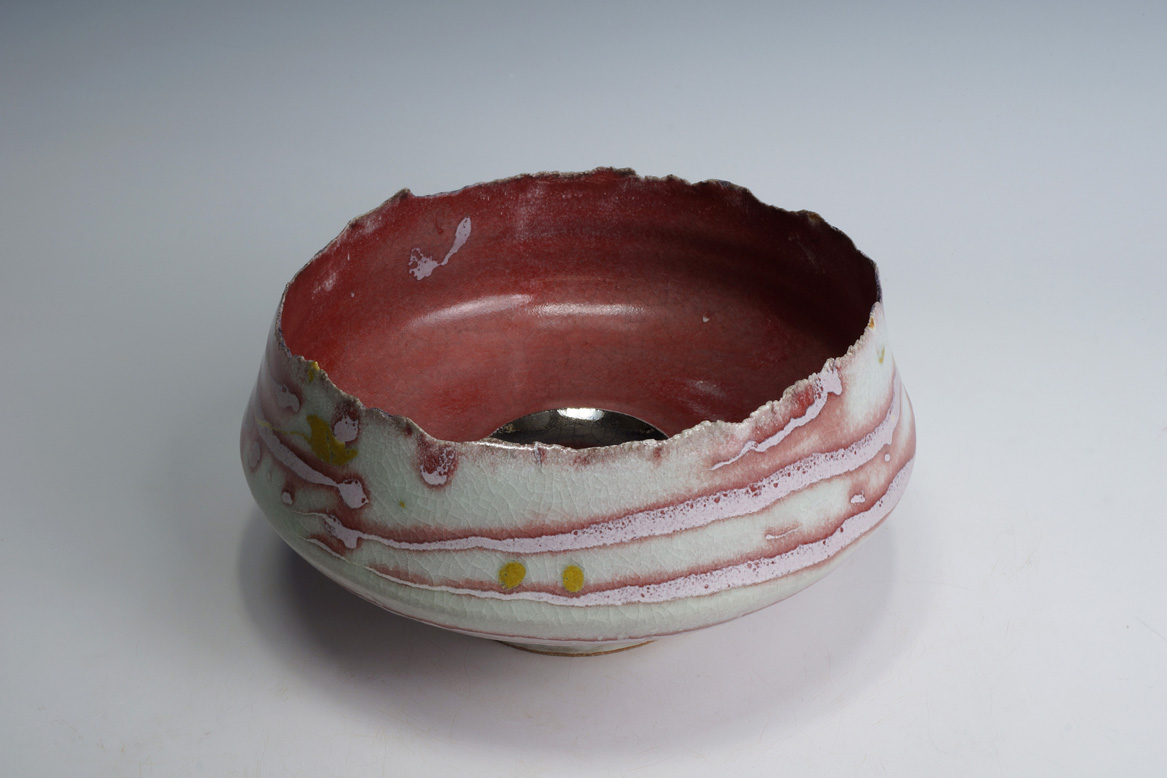 Recent pieces use torn edges and irregularities are not hidden. Gold is sometimes used to enhance the more careful approach. Broken pieces are mended with bright silicone putty. This adds a fracturing interruption of colour and references traditional Japanese Kintsugi.

Chris has exhibited widely and is a selected member of the CPA.

The sun is shining on the tiled walls. The roses are blooming – delightful house & atmosphere & friendly welcome. I couldn’t recommend it more!